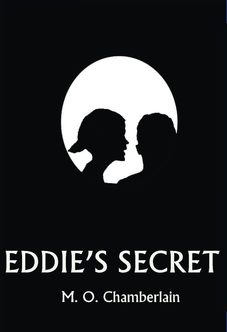 Eddie's Secret
Is a story about fear and courage. Accused of being a 'chicken' by his friends, Eddie must prove them wrong. In the process, he falls foul of local criminals, faces the school's most feared bully, and discovers a secret, he wishes he never had. It is a story of crazy stunts, danger, suspense, and real courage.
The character of Mr. Corleone is marvelous, first introduced with all the frightening contradictions children see in adults, only to be revealed as an elderly man as eager for adventure as are the young protagonists. All the fears and joys, triumphs and tragedies boys experience, are wrapped up in these delightfully realistic characters. Qualities of loyalty, honesty and compassion reverberate throughout the story and underlie even the most madcap adventure. Eddie's Secret is a true boys' book, replete with hilarious hare-brained adventures and a minimum of interference from tiresome adults.
Lynn Wytenbroek, Professor of English Literature, Canada ​Eddie's adventures continue in the titles EDDIE GOES EAST and EDDIE'S BIG FAT LIES.
BUY NOW