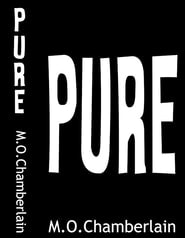 About this book
Pure
(The colloquial name for meth here in New Zealand where the quality is reputed to be high – almost pure.)
Zac Sullivan is a reformed criminal, a violent man, once feared in Paremoremo, he has been changed by marriage and the gift of land from his grandfather. All is well in Zac’s world, with one exception, the relationship he has with his teenage daughter, Teresa. Zac is over protective and Teresa has the same rebellious streak he once had.
When Teresa starts dating a boyfriend on the wild side, Zac’s protective instincts go into overdrive. His clumsy attempt to intervene has the opposite effect and when he realises his pure and innocent Teresa is using P he goes to war with the suppliers and incurs the wrath of Brian Olsen, the man at top of the local chain.
Of course, Zac’s war is doomed from the outset and the more he kicks back the worse the retaliation, including the destruction of property and cattle. But he is stubborn and will not yield, until finally Brian Olsen takes out a contract on Zac’s life.
Eventually, Zac learns that in order to save his daughter it’s not Brian Olsen or any other outside force he must fight against, the real battle ground is an unresolved issue from his past he has never addressed.
BUY NOW