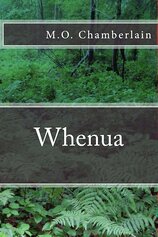 About this book
Whenua
Whenua brings to life the story of the dark struggle for land in nineteenth century Ireland and New Zealand.
This is the story of New Zealand Maori who lost their whenua. It is the story of poor Irish migrants who lost their land in Ireland and came looking for its replacement.
It is the story of a young country’s beginnings and the theme that dominated and defined the history of its people: that ancient, destructive struggle for land.
Maharangi, grandson of a dispossessed chief, is determined to have land. His quest takes him south to Taranaki, the ancestral lands of his mother. There he joins in the bitter struggle to survive as his people’s lands are confiscated.
Ryan Kavanagh, son of a dispossessed tenant farmer in Ireland, migrates to New Zealand determined to have land with no qualms about killing to get what he wants. The author has created a page turner, with unforgettable characters. His themes of unrequited love and the moral compromises of those fighting to survive will resonate with all those who have suffered the loss of land.
.
BUY NOW

“An interesting read and quite moving in some places.”
- Gordon McLauchlin, author of A Short History of New Zealand.

Whenua is a story about the importance of land to 19th century Maori, for whom it was life itself, and to European immigrants, to many of whom it represented the opportunity to escape the grinding poverty (and inequality) of the life they were escaping.
The lead immigrants in this story are Irish, a race that have more in common with Maori than many people appreciate.
The book may well open some 21st century eyes to impact on Maori of the arrival of Europeans, and their destruction of one landscape as they set about creating another. A novel it might be, but Whenua goes a long way to explaining the anger that persists in Maoridom today, fuelled not only by the loss but the rape of that land by immigrants who had scant regard for the Maori way of life.
The lead roles are played by Maharangi (Ngati Kahu), who becomes increasingly militant in defence of his people’s traditional way of life and Kitty O’Rourke whose far from easy passage from poor immigrant to wealthy victim of a brutal avaricious husband might have sprung from the imagination of Thomas Hardy.
The story evolves with the sense of inevitability that Hardy made his own. And from the start it is a New Zealand story: the tale of a clash of cultures that continues to colour the world in which the 21st century lives.”
- Peter Jackson, editor, Northland Age.


“A big story with credible, compelling characters taking us through a vital and controversial time in New Zealand's history. I did not want this novel to end. It raced along, giving added value to the reader as the characters were involved in true history. A powerful dual love story and a brutal reminder of the violence that sadly played a large role in the development of New Zealand. An absolute must-read for all New Zealanders, it also stands up as an excellent historical novel for readers of any nation.”
- Lloyd Edwards Amazon Review

“As an author myself of over a dozen books, I can recognize good writing when I see it. This book is an amazingly good read. It is a beautifully crafted story, and the author has done well to bring it all together.
M.O. Chamberlain has created characters that the reader can hook onto to eagerly follow their plight. These brilliant and complex people enrich this sweeping story which starts in Ireland and ends in New Zealand. He has set his story amid an appalling and enthralling era, rich with adventure and discovery as his characters make their way through life.”
- Vargie Johnson-Writer of Historical Biographical Fiction.

Readers’ comments:
“I enjoyed your book, lots of twists and turns.”
David Harvey, Ontario, Canada.
“I am loving your book. My husband said this is the book you need to read with your Irish heritage. I told him I was too busy but he persuaded me and now I can’t put it down. You have really captured the Irish voice. My grandmother is Irish and she speaks just like your characters do.”
- Charlotte Harvey, Ontario, Canada.

“My father came to visit, saw your book on my shelf and started reading. Obsessed by it. Even kept reading it when I came home from work. Read it in three days.”
- Rob Scheslinger, USA.

“If anyone was to ask me I would say Mark O’Rourke Chamberlain is the 21st century’s answer to Ernest Hemingway or John Steinbeck. I was sceptical before reading because I thought it would be too exclusively Maori for my taste but I really appreciated the intermingling of the Irish and Maori. You have displayed an in-depth knowledge of both Maori and Irish culture that is instructive. Whenua has all the hallmarks of a powerfully gripping hard to put down novel.”
- Michael Ward, Hawaii.

“I finished your book. It was a good read. Really, really good. So good!”
- Whina, curator, Kaitaia museum.

“Mate, I read a lot of books by top authors and I tell you yours was bloody good. I just kept reading it and reading it, stayed up real late at night doing it. Well done.”
- Grant Morey, grader driver, Mangonui, NZ